Watch: Regulation to the rescue, with Ufi Ibrahim. 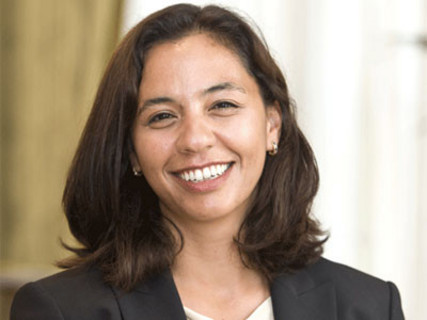 The hospitality industry has played a huge part in improving the employment rate in Britain; one in three jobs that has been created in the last five years has been in the hospitality industry. The British Hospitality Association (BHA) is Britain’s fourth largest employer, employing around 4.2million people. So, we were absolutely thrilled to have Ufi Ibrahim, Chief Executive of the BHA, as a keynote speaker at our recent Direct Booking Summit.

Ufi took to stage to give the hundreds of hoteliers in the audience an overview of where the BHA are at in terms of regulation on price parity between hotels and Online Travel Agents (OTAs). Here are our key takings from Ufi discussing the wonderful world of regulation.

Watch the full video here, or read our recap below:

Why is regulation so important?

Firstly, it’s important to note that when regulators look at the market, they tend to look at the digital economy as a single activity and they always look at how the digital economy directly impacts the consumer. The Competitive Markets Authority (CMA) feel it is their duty of responsibility to act in the interest of the consumer and not necessarily directly in the interest of businesses.

Consumers benefit from lower prices in a truly competitive market in which online travel agents (OTAs) and hotels compete against one another for their business. However, there is evidence that OTAs are operating in an anti-competitive way, which means the market is in fact harmful to the consumer. The CMA are now responsible for monitoring the market and putting an end to any anti-competitive behaviour which is taking place.

Why does it take so long for regulation to make any change?

According to Ufi, one of the main reasons regulators are taking a while to make change is because the speed with which the digital economy has grown has been quite extraordinary, and quite simply, regulation can’t keep up. The dazzling lobbying of the U.K.’s huge tech giants (with, by the way, lots of money in the bank) has absolutely succeeded in convincing our Prime Minister and government that the U.K. should become the global capital of the digital economy. And certainly when you look at digital activity across Europe, it’s clear that the U.K. is outpacing other countries in the EU in terms of the level of digital unicorns being established. Essentially, it has now become a national ambition of the government for the U.K. to be the leaders in the tech world. Fair enough. But it means trying to convince the government that these tech giants simply aren’t playing fair, is a bit of a struggle.

The BHA are continuously pushing the CMA to act on what has now been given to them as a instruction by House of Lords Select Committee to undertake the review and investigate this anti competitive behaviour and the harmful impacts on the consumer - it's taken a very long time to get there.

Why is there such a problem in the industry today?

In our industry, we have very large number of very small business, and one or two large businesses. In fact, 86% of our businesses in the hospitality industry employ fewer than 10 people. We’re talking about 100,000 hotels, so the scale is massive. How can these small operators possibly have any bargaining power when it comes to negotiating with such dominant forces who can literally make them invisible to the customer online if they don’t cooperate with their demands. This is the key point. When negotiating these contracts, the smaller the business, the less the flex.

The fact that hotels often are paying up to 30% in commission rates to OTAs in order to get any kind of visibility at scale has a huge impact on the customer, because in order for hotels to manage this costs, they’re having to inflate their prices which then directly impacts the consumer. But it doesn’t end there, OTAs are even charging commission on VAT – who are they to charge commission on VAT?

How can hotels help speed up the process for regulators?

It’s up the the BHA to show evidence that some of the practises of OTAs is actually harmful to the consumer. They need to prove we are operating in an anticompetitive market, and they need evidence from hotels to prove this.

Evidence can include instances where negotiations or contractual agreements between OTAs and hotels have been entirely unfair, examples of the severe demands that hotels face when working with OTAs, the fact that penalties are introduced, and exercised, if hotels do not provide availability to OTAs during peak times and examples of when OTAs drop hotel's down on their listings and make them pretty invisible to the consumer.

It’s important, here, to show how the opaque nature by which information is provided and visible to the consumer is misleading. The fact that consumers are led to believe that the listings are based on outstanding service or quality of product and they are not necessarily clear on the commercial elements as to why a hotel is listed where it is.

What’s the future for OTAs and hotels?

If we look into the future, BHA predict that within just a few years, these two organisations representing the duopoly will dominant 94% off all online travel distribution, globally. This is truly significant, and genuinely worrying for hotels, which is why we need to act now and act fast.

For more information on the British Hospitality Association and their work, visit their website: http://www.bha.org.uk/

5 things to take away from HITEC

We had a great time in New Orleans last week feasting on beignets and jambalaya and of course, hosting a booth at HITEC. Missed the memo? HITEC...

"The balance between the direct and OTA channels has fundamentally changed."

The Direct Booking Movement has been through ups and downs. Hear from Blessy Townes, Discovery Hospitality, about the fundamental shift in the...

We’re really excited to announce that Greg Duff will be speaking at our upcoming Direct Booking Summit - a conference that brings the industry...